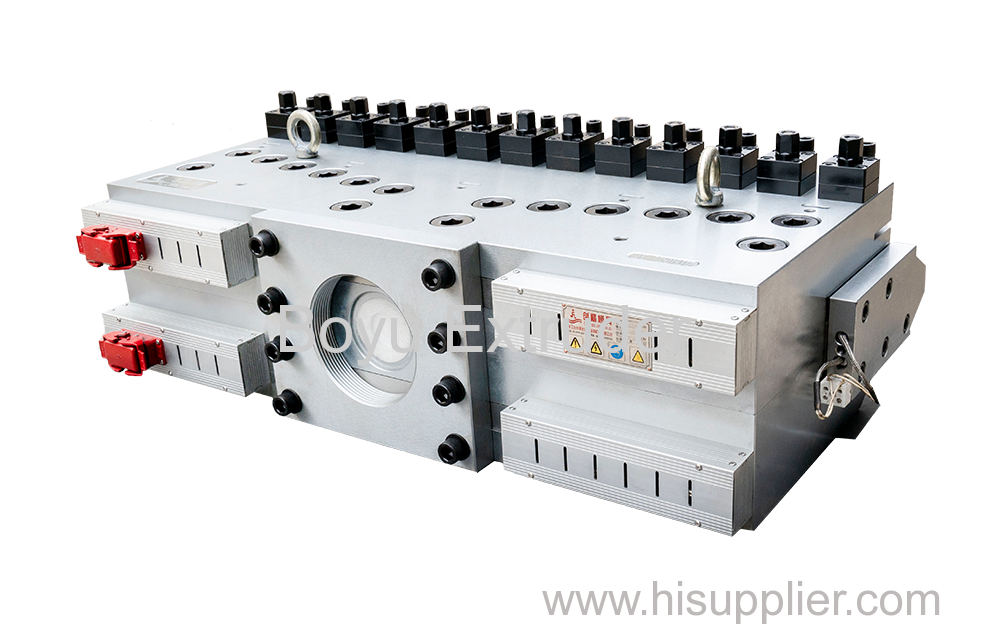 Extrusion is a process where the material is pushed through a unique tool called a die and then created the objects of a fixed cross-sectional profile. There are three main advantages of this manufacturing process.
1.Has the ability to create complex cross-sections.
2.Can work with brittle materials.
3.Forms parts with excellent surface finish, more freedom of form in the design process.
Whether you are new to plastic extrusion or an experienced extrusion designer, it is crucial to understand how an extrusion die is designed to create different profile shapes and why those differences will impact the die manufacturing cost.
This article will provide you with a comprehensive guide on three types of plastic extrusion die designs.
Plastic Extrusion Die Designs
Plastic extrusion is a high-volume manufacturing process where the polymer material and other necessary additives are melted and formed continuously. The unique tool dies in polymer processing is a metal restrictor or channel capable of providing a constant cross-sectional profile to a stream of liquid polymer.
In other words, when the melt reaches the final stage, the die gives the final product the desired profile and shape.
Various types of dies can be used in different extrusions, including sheet/films, blown film, and pipe/tubing extrusion. The main three types of plastic extrusion die designs are:
l  Sheet/films Dies
l  Blown Film Extrusion
l  Pipe/Tubing Forming die
Sheet/films Dies
There are two types of dies used in flat sheet extrusion, one is T-shaped, and the other is coat-hanger. A T-shaped die consists of two arms extending at right angles from the initial extrusion channel. There is a small slit in the arms that allow the polymer melt to flow through. During the flow process, the polymer melt will be further thinned by a short and flat approach. All these setups can speed up the nonuniform flow process in the die and avoid buckling and other defects after exiting the die.
In terms of coat-hanger die, the main difference from T-shaped die is the arms' directions. The arms in the coat-hanger die are not at the right angle to the input direction. Instead, they are at a shallower angle and are often curved. In addition, the more extended approach portion enables coat-hanger die to further reducing flow nonuniformity.
Blown Film Extrusion
The next type of plastic extrusion dies design is called "Blown Film Extrusion."
The blown film extrusion produces products such as shopping bags and continuous sheeting. Various types of dies can be used in blown film extrusion, depending on the final requirements of film quality and characteristics of the polymer melt, such as spider, crosshead, and spiral dies.
- The Spider die, a complex die design, consists of an internal mandrel connected to the outer die wall by several "legs." Based on the die design, it will have weld lines in the resulting film. However, weld lines are weaker than the surrounding polymer and have different optical characteristics caused by incomplete healing of the polymer molecular matrix. Besides, spider legs will produce a pressure gradient which will cause nonuniform die swell. As a result, the nonuniform film will become thicker.
- The Crosshead die divides the melt flow into two parts at the manifold inlet and recombines them opposite a cylindrical center mandrel. Compared to Spider die, this is a relatively simple die design that can result in non-symmetrical flow. Non-symmetrical flow happens because molecules will take longer to reach the opposite side than the close side of the mandrel. Thus, the resulting film cannot be of uniform thickness. Inlet diameters should be varied to reduce this nonuniformity, and different inserts need to be added to minimize stagnant regions.
- The Spiral die is the most complicated design among these three plastic extrusions die designs. It will evenly distribute the polymer melt into several feed tubes, which wind around a central mandrel. Each feed tube is connected to the space between the outer die walls and the mandrel. Thus, when feed tubes are spinning around the mandrel, their diameters will slowly be decreased. Also, the space between the mandrel and outer die walls will be increased at the same time. All these processes will allow the polymer melt to layer and blend, resulting in a uniform melt profile free of weld lines.
Pipe/Tubing Forming die
The last plastic extrusion dies design type is named "Pipe/Tubing Forming die." Tubing forming die allows thick-walled tubes and pipes for continuous extrusion. This die design shares remarkable similarities to the die in blown film extrusion. The significant difference is the gap between the inner mandrel and the outer die wall. The cooling process of polymer melt will be finished by using water baths or many cool fans. After cooling, the flexible tube will wound onto large spools, and the stiff tube will cut into preset lengths and stacked.
Conclusion
Boyu Plastic Machinery Co., Ltd. is specializing in the production of PVC floor extrusion production lines. We focus on technological innovation and research from product quality, environmental protection, and safety. We aim to make the equipment easy to operate, environmentally friendly, and safe.


Previous:   5 Advantages of Plastic Extrus Next:  Operating manual of mixer 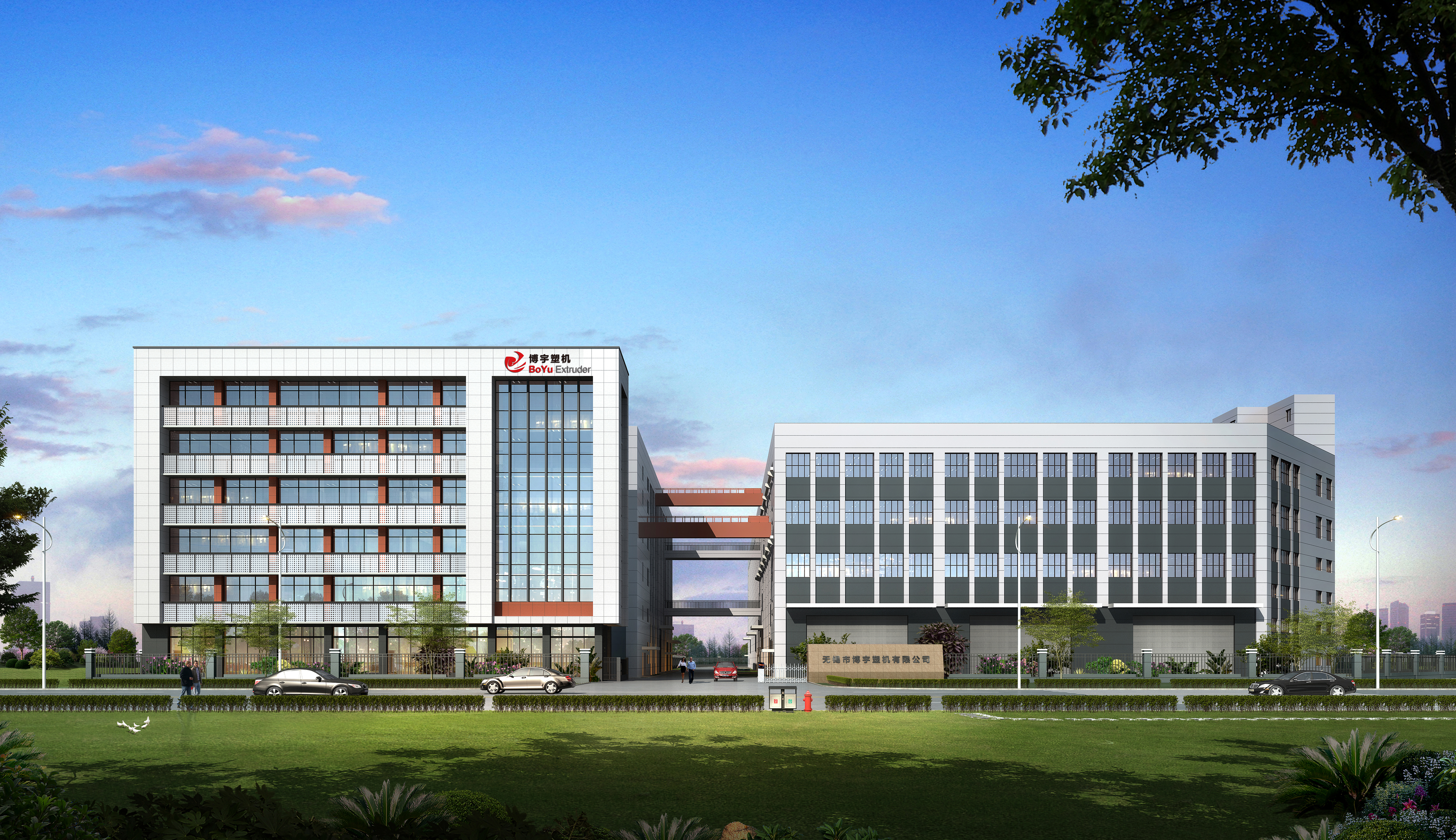